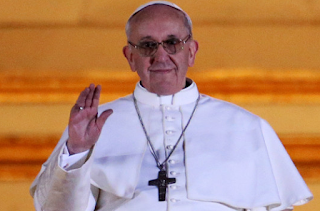 I’m a lapsed Catholic, an agnostic, and I have been accustomed to strongly opposing the Catholic church for all of my adult life.

So why am I so happy about this choice?

I’m happy because Bergoglio seems like a humble man. As a Cardinal, he is supposed to have lived in a regular people apartment, taken public transportation, cooked his own meals. He was supposedly a front runner in the 2005 conclave, but made strong pleas not to be chosen, and so was not chosen. The phrase most attached to his name is “Social Justice”. He’s of Italian descent, but born and raised in Argentina, in an age and a country which are strongly identified with social justice, with socialism, with balancing power towards average people, not rich ones. He has chosen the name Francis, the first ever to do so, after Francis of Assisi, the man who gave up everything to live a life of poverty and help others… perhaps the only historical Christian I have ever respected.

Rich v Poor is the new Cold War. The fight to ensure that ordinary people aren’t left behind by hyper-capitalism is the fight of our generation. It concerns so many things, among them social justice, rich-vs-poor, the financial crisis, Occupy Wall Street, crushing austerity in Greece, Italy and other places, Corporate evils, and universal health care, to name a bare handful.

On all of these issues, it’s already pretty clear that Cardinal Bergoglio stands on the side of good.

In 1978, the Catholic church elected little known Karol Wojtyla to be Pope John Paul II. He came from a land that was hurt by the USSR, by the Cold War. For all his other faults, he put the soft power of a billion people squarely against the Iron Curtain, against the Berlin Wall, against Soviet puppet governments, and he did it peacefully. He didn’t do it alone, by any means, but it’s fair to say he was a significant force for peaceful good in the Cold War.

I have disliked the Catholic church, intensely, for many years, but I think this time they made the same kind of choice. Unable to summon the willpower to clean house, unable to come to terms with the sexual abuse scandal, unwilling to consider modern views on sexual practices, I think they nevertheless made a very good choice: to throw the moral weight and soft power of a billion people squarely on the right side of social justice. He will have many faults [1], but I’m really, honestly hopeful that he can be a powerful ally in my generation’s most important fight.

[1] I’m disappointed the new Pope (most probably) opposes homosexuality, though with the Cardinals, that was to be expected. Honestly, and I may get a lot of flak for saying this: gay people are winning. Poor people are losing! I think gay marriage will eventually become a reality, almost everywhere, whereas I’m very worried that extreme wealth distribution and feudalism will also become the norm. I would absolutely rather a Pope against gay people and in favor of the poor than the other way around
. 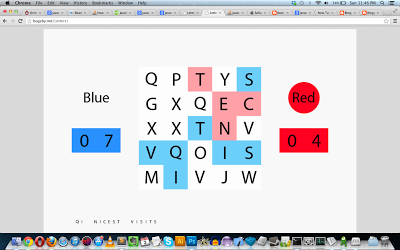